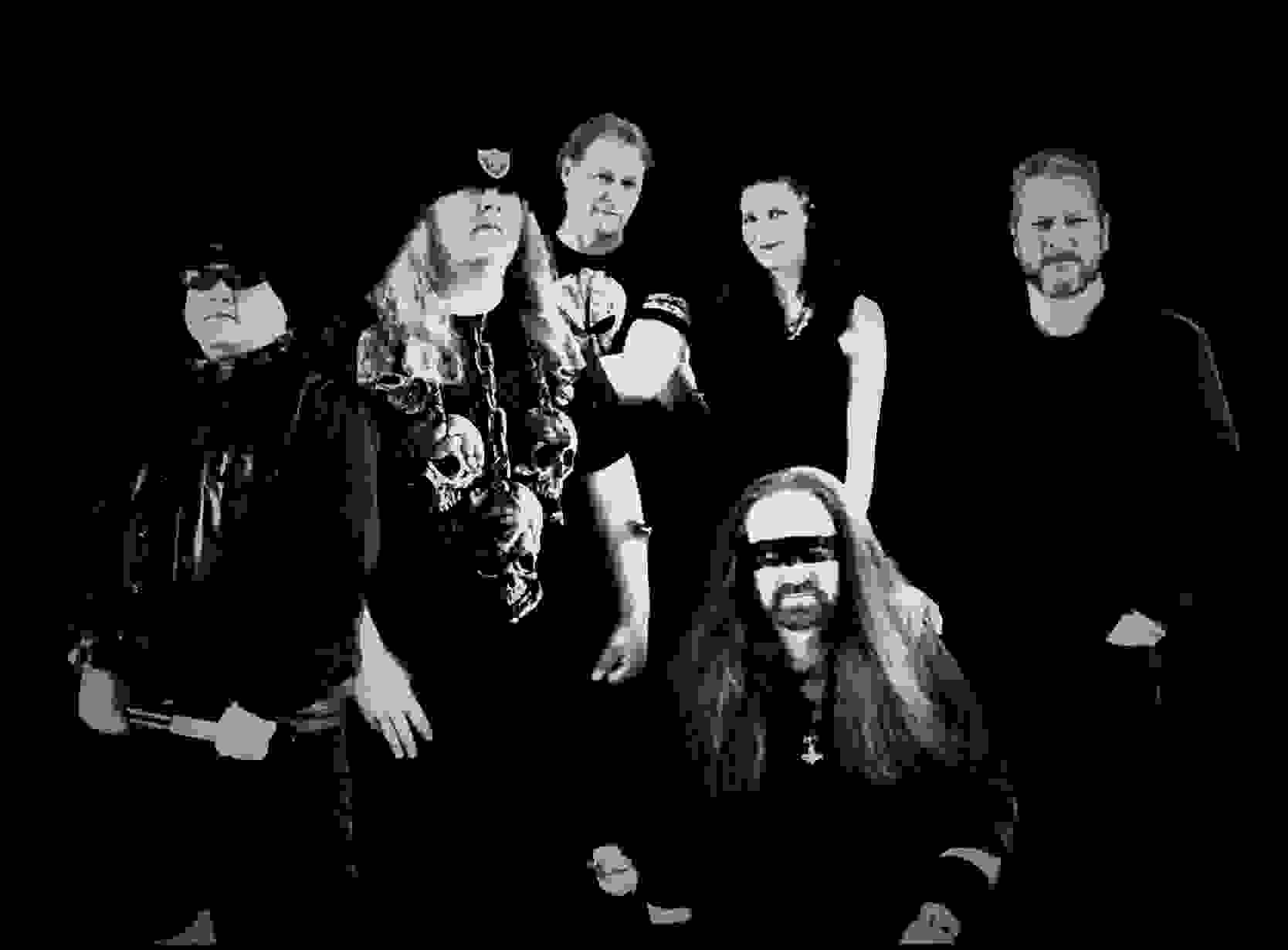 We are a Southern California band of 6, collaborating to make music that matters and to be thought provoking. Listen to the music let it take you where you want to be. Angelshade came together in 2009 as a project created by Brad Hanna to collaborate and create a new sound in the San Diego area and Rock Community, and that we did.

As potential members came and left, Angelshade kept changing with them and new sounds and personalities were projected through our music. The Band is now comprised of 6 members, since the recording of our debut album, and together have a dynamic presence and professionalism that is demonstrated in our performances and recordings. Angelshade has been delighted to share the stage with such acts as Greg Howe's Magnolia, Quiet Riot, Beast Blanco with Calico Cooper and Alice Cooper guitarist, Chuck Garric. As well as many other talented and renowned bands and artists.

"Conspiracy", recorded in November of 2019, is the debut album from Angelshade and Rock Avenue Records USA and had created anticipation and a buzz even before the release through the creation and release of the music video for "The Leading Man" which quickly sparked interest and views. (Filmed and edited by William Baker - Bakerland Media, Van Nuys, CA)

We are energetic, committed and put our heart into every song whether in the rehearsal room of on the stage. Angelshade has developed into a band to follow and proudly shares their music and message on online streaming platforms and stages stateside and soon across the world.

The Band is comprised of our Front Man Dave Marshall. With his smooth bluesy rock vocals, is the first ingredient of the sound that is Angelshade. Dave is one of the originals from inception of the band. Watching Dave exude passion and conviction while performing is a sight to see.

Yolanda Johnston, backing vocalist. She is solid, with her professional vocal training, and is great asset to the band for her vocals as well as here writing contributions. Yolanda's stage presence is captivating and her energy is addictive. She came to us as a decision to bring in a backing vocalist for the recording of the  "Conspiracy" album and that was that. The chemistry and sound just belonged.

Brad Hanna, lead guitarist, founder of the band, arrangement and lyrical contributor. Quiet and remains in the shadows until time to perform. Brad keeps it on the downlow until it is time to shine. He has contributed lyrics for such songs as "The Leading Man" and co wrote "The Odyssey. He has been busy on the new music with relatable lyrics that are addressing the issues that are around us in everyday life.

"Jammin" Joe Haynes, rhythm guitarist. The solid rhythm that holds the music together, which also has been around from the beginning. Joe came to us by way of our original drummer via a high school friendship and mutual love of music. His creativeness and contributions have really been essential to establishing our sound.
Tedd Staub, our Bass guitarist, former bassist for the metal band Rammoth, has added the driving low end reinforcement that is now part of our music and sound. Talented and creative, Tedd is a performer for sure, and affectionally known as the "Rockcoon" for the face paint that he wears on stage that resembles a raccoon.

And the foundation " The Crusher" Marc DeJesus,  drummer for Angelshade, came to us when our previous drummer reluctantly left to take care of family in need. Marc joined us in the studio for the recording of "Conspiracy" and has proven that he belonged with the band. Now that we have begun writing new music, Marc is  displaying what he is really made of and it has been amazing to watch and listen to. The story is great how this all transpired and if you ever get Marc alone be sure to ask for the details.

Hailing from such places as Seattle, Las Vegas and San Diego, together as the members of Angelshade we provide a strong, powerful and meaningful message with " in your face" rock and softer melodies that crossover multiple genres. Angelshade is more than a band it is a movement in Rock and cognitive reasoning.

"Conspiracy" is the debut album from Angelshade & Rock Avenue Records USA. The album was recorded in San Diego, Ca with renowned recording and mixing engineer, Brian Scheuble, at Rarefied Recording Studios. "Conspiracy", 1st of many to come from Angelshade and Rock Avenue Records USA, and has been well received and anticipated. The band is currently writing for the next album to release in 2021.

Angelshade The Featured artists in the Metal MotR Magazine "Share Your Music"" event. Check them out on ReverbNation and on Facebook!!!!

“Rock1053 Check out today's Loud & Local band of the day- Angelshade. Support local music. Tune in to Loud & Local every Sunday night from 9-11pm. Click the new Loud & Local tab to the left over there <----- for more information ANGELSHADE | Rock www.reverbnation.com ANGELSHADE from Santee, CA”